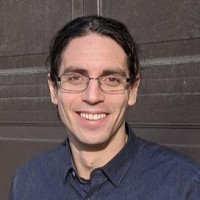 Recently at my work, I was asked to assist in determining the correct formula for determining a confidence interval of an unknown quantity from a bunch of random samples. In particular, given random samples drawn from two different normal distributions, the task was to determine the confidence interval for the ratio of the means of those two distributions. My coworker (whose job it was to present this information) had found a formula somewhere online by googling, but wasn’t sure it was correct and asked me to check it.

It is my job as the resident mathematician to help with these sorts of things. However, it has been well over a decade since I had done any meaningful amount of statistical analysis! I couldn’t make heads or tails of the formula he found. Not only that, I couldn’t even recall exactly what a confidence interval was!

Consider a collection of independently and identically distributed random variables $X_1,\dots,X_n$, each distributed according to a Gaussian distribution with some unknown mean $\mu$. After observing the values of some random samples for these variables, the task is to determine a real interval $[L,U]$ that represents a possible range of values for the true value of the mean $\mu$. The width of the interval should depend on the observed values but also on how confidence you want to be that this interval really does contain the true mean. This interval is the confidence interval.

Problems with the basic notions

However, being the pure mathematician that I am, I wanted to delve deep and get a true understanding for what a confidence interval “means.” I was a bit concerned by the standard interpretation that rudimentary statistics bookes give. A post of Statology gives an example where one wants to estimate the mean weight of a population of turtles given that the weights of a bunch of turtles are measured. After applying some formulas to the random samples, they state that the confidence interval has the following interpretation:

As a mathematician, I found this interpretation appalling! Two reasons:

I concluded that this interpretation from Statology is surely not the correct interpretation of a confidence interval. So I started doing a deep dive…

I started looking at a few basic statistics textbooks, but the interpretations in those books either had the same pitfalls as the one described above, or were too complicated for me to understand. The best deep dive always begins with Wikipedia, which turned out to be surprisingly useful.

Based on the definition provided in Wikipedia, I devised my own definition of a confidence interval.

Typically onw desires an $\alpha$-level confidence set such that the probabilities are equal to $1-\alpha$ for every $\theta\in\Theta$. This is ho we will construct confidence intervals later on.

Let ${P_\theta\,:\,\theta\in\Theta}$ be a statistical model for some measurable space $(\mathcal{X},\mathcal{E})$ and let $g:\Theta\to\mathbb{R}$ be an estimand for the parameter space. Confidence sets for such real-valued estimands typically take the form of intervals (as shown above). A confidence interval $f:\mathcal{X}\to\mathcal{P}(\mathbb{R})$ for this estimand can be constructed by taking two Borel-measurable functions $g_1:\mathcal{X}\to \mathbb{R}$ and $g_2:\mathcal{X}\to \mathbb{R}$ satisfying $g_1(x)<g_2(x)$ for each $x\in\mathcal{X}$ and defining $f(x)$ to be the interval $(g_1(x),g_2(x))$ for each $x\in\mathcal{X}$.

Let us now consider the proper interpretation of a confidence set. Let ${P_\theta:\theta\in\Theta}$ be a statistical model of candidate probability distributions for some $(\mathcal{X},\mathcal{E})$-valued random variable $X$. That is, the true probability distribution of $X$ is given by $P_{\theta_0}$ for some unknown (but fixed) choice of parameter $\theta_0\in\Theta$. Let $g:\Theta\to\mathcal{Y}$ be an estimand such that we wish to estimate the true value of $g(\theta_0)$. For a choice of confidence level $\alpha\in[0,1]$, we choose a confidence set $f:\mathcal{X}\to\mathcal{P}(\mathcal{Y})$ such that $f(X)$ is a random set.

Perform now the following experiment. Randomly choose a value of $x\in\mathcal{X}$ according to the distribution $P_{\theta_0}$, and from this randomly chosen value construct the corresponding set $f(x)\subset\mathcal{Y}$. By construction, the probability that this experiment will produce a set containing $g(\theta_0)$ is at least $1-\alpha$. That is, if this experiment were performed repeatedly, the proportion of times that the constructed set will contain $g(\theta_0)$ is at least $1-\alpha$. This is the proper interpretation of a confidence set!

It is better to say that “the probability that this procedure constructed a set containing the true value of the estimand is at least $1-\alpha$.”

Confidence intervals for ratio of means

We now arrive at the confidence interval that I was asked to derive for my work.

Here is some code for implementing this process to compute the confidence intervals from sample data.

You can find the code in my colab notebook (with an application of it applied to a randomly generated set of sample data) here.

You May Also Enjoy

Some day I might start a blog here. Maybe soon! In the meantime, I have some old posts up at my old blog here